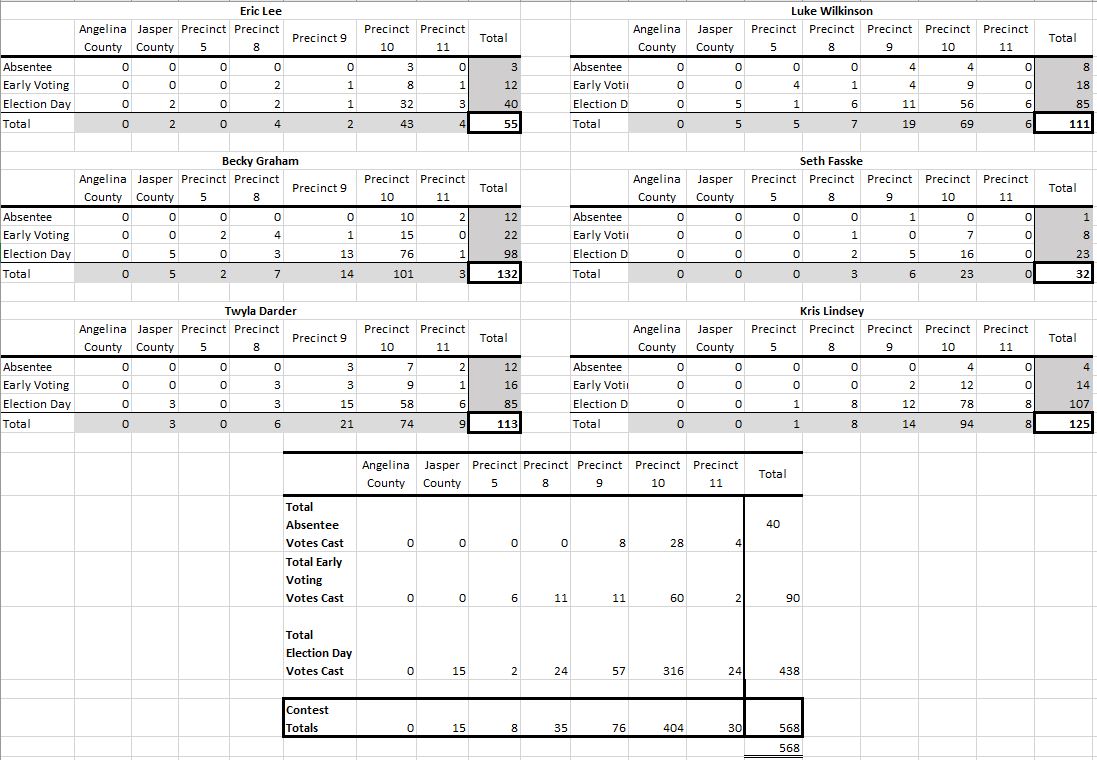 ABOUT THE BOARD OF TRUSTEES

The Colmesneil Board of Trustees consists of seven members. Board members are elected for three-year terms with elections conducted annually in November. Election of members are by place with each place representing the entire district. After each election, the board restructures and elects a president, vice-president and secretary to serve a one-year term.

The next CISD Board of Trustees election is scheduled for November 8, 2022. There are 2 at large positions up for election:

Additional election information can be found here or to request/submit an application , please contact:

To be eligible to be a candidate for, or elected or appointed to, the office of school board member, a person must:

1.Be a United States citizen.

2.Be 18 years of age or older on the first day of the term to be filled at the election or on the date of appointment, as applicable.

4.Have not been finally convicted of a felony from which the person has not been pardoned or otherwise released from the resulting disabilities.

6.Be registered to vote in the territory from which the office is elected on the date described at item 5, above.